Vera is one of those people that felt stuck in a dead end job. She had been working in the same role for seventeen years. She started young and progressed quickly. To her peers, she was successful, but inside she was really bored, restless and felt like something was missing. She can’t quite pinpoint what it is or why she feels this way, but she knows that she is not fulfilled and not serving her purpose in life.

Sound familiar? After 17 years in her career as Editor for Vogue Magazine, Vera switched professions and took a job for the luxury fashion designer, Ralph Lauren. Two years later she resigned at age 40 and became an independent bridal wear designer. That right, we are talking about Vera Wang, one of the most influential bridal wear designers in the World.

If Vera had ignored her instincts, if she had stayed in her comfort zone, if she had let her friends and family tell her to be grateful for the job she had and not take any risks, or if she had let the fear of failure stop her from taking her next step, she would have not fulfilled her purpose in life or brought her extraordinary design gift to the World. Are you feeling stuck in a rut in your current career? Have you ever snapped out of a dream where you have gone for that upcoming promotion and you are now the boss at work? Or how about the one where you summoned up the courage to quit your job and live your dream? Then you snapped back to the reality of an alarm clock beeping at you to wake you for a job you hate or feel stuck in…
Perspective Recovery’s Executive Program is the most unique executive and professional refocus program in the World! Our program is individualized for each client and focuses on development of realistic strategies for career development to help you take the next step in your profession. Over the years we have worked with hundreds of individuals who have called us to tell us that they feel stuck in their careers. They knew they needed change but lacked the confidence or knowhow to make the next step. The mission of our executive refocus program is to make sure that nobody feels stuck in their career and that each of our clients get the perspective change needed to rejuvenate their career and that that perspective change takes their life to new heights. Call one of our knowledgeable staff members today to hear more about our many program options. Let us help you take the next step in providing a path to a rewarding career that gives you the freedom to live the life you deserve.

Here are some tips for becoming unstuck, breaking free, and getting ahead in your career.

MAKE TIME FOR YOU

Refocus. Step away. Analyze why you are unhappy or feeling unfulfilled. At Perspective Recovery, our executive program allows you to get that breath of fresh air needed to rejuvenate your mind and allow you to reevaluate your career path.

GROW YOUR NETWORK BEFORE YOU NEED IT

Who you know is more important than what you know in most cases when it comes to career progression. Your network is your net worth. Let Perspective Recovery help you develop and or groom your network for the changes coming pertaining to your career.

SURROUND YOURSELF WITH PEOPLE WHO INSPIRE YOU

According to Tim Ferriss, “You are the average of the five people that you surround yourself with.” Maybe you want that promotion or career change. Maybe you would like to take a leap of faith in starting your own business. Seek out people who are already excelling in the position you would like to be. They will have priceless information for you about the position you desire and can help teach you about breaking free and getting ahead.

WORK ON YOUR PERSONAL BRAND

What is your personal brand? We see it as what people say about you when you are not in the room. People will talk about you if you like it or not, so you might as well be deliberate about what you would like them to say about you! Perspective Recovery provides a unique approach to building your personal brand that will be more valuable than any resume or LinkedIn account.

In order to grow, learn, and achieve career goals faster, you need to learn how to make yourself accountable. Perspective Recovery career program assists you in creating methods of holding yourself accountable through various strategies and peer support techniques.

MAKE SURE THAT YOUR VALUES ARE IN LINE WITH YOUR CAREER

Professional development, goal setting, and networks will not make you happy if you’re working for a company that has opposing values to yours. Some companies chose profits over their employee’s happiness and well-being. If you feel that your values do not match your current employers’ values, then it could be a major reason for you feeling stuck or unhappy. Perspective Recovery has developed a unique method to finding ways to navigate these waters and help create a roadmap to reformulate a path to success that will provide true joy in your career.

GET OUT OF YOUR COMFORT ZONE

Failure is part of life. None of us gets everything right on the first attempt. We fail, we learn, we pick ourselves up, and we try again. Persistence is key to success in any career and through our executive program at Perspective Recovery we teach our clients how to push through failures and turn them into valuable long-term assets.

Resilience is the ability to tackle difficulties and setbacks, to bounce back, regroup, and keep pushing forward. Getting out of a rut, taking a different path, and achieving results that you demand will take resilience. Having resilience also allows you the ability to choose how you respond to unexpected things that life will throw your way. Perspective Recovery’s executive career program will give you the tools you need to transform your mind in the way that it views negativity or obstacles in your career path.

Asking for help can make us feel vulnerable. It can make us feel week. It can be hard for a lot of people. This where a perspective change is needed most in a lot of cases. Let Perspective Recovery help you create an atmosphere of encouragement around you, a network of people who are vested in your life and who are willing and able to help you make tough decisions in your career.

You or a loved one seeking help? Contact us!

The Reboot Starts here. Take the first step. Contact us 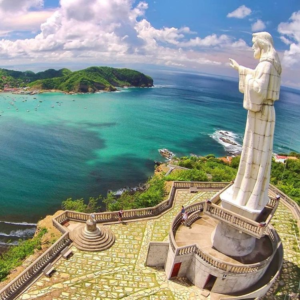